Voodoo priest Kpohinto Medji has seen his religion flourish and then go into decline, banned for years by the authorities and pressured by other faiths.

Today, the ageing priest with mischievous eyes is somewhat happier.

Benin is gearing for its annual voodoo festival — an event that lures an influx of visitors to the capital Porto-Novo and underscores voodoo’s comeback in the country of its birth.

Houngo Hounto Square is among a number of squares, once owned by voodoo-worshipping families, that are being renovated.

Painters have been putting the finishing touches to its ochre walls ahead of the January 10 festival, and fetishes and tokens of the old religion are proudly on display. 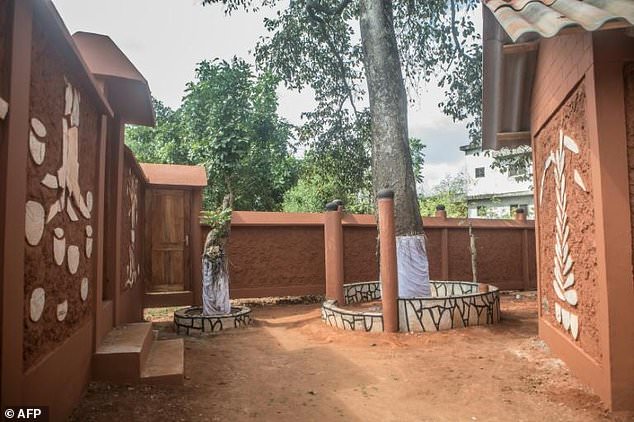 “Before, it was a run-down, abandoned square,” the old priest said, speaking in the local language of Goun. “Today, it’s lovely.”

Voodoo, more often called “vodun” in West Africa, has a hierarchy of deities and tribal spirits of nature and sees revered ancestors living alongside the living.

It uses fetishes, magical practises and healing remedies, which followers consider to be divine.

But its rituals have often been distorted by Hollywood, which tends to stereotype the religion as a source of black magic.

In Benin itself, voodoo was battered by French colonisation, when it was demonised by Catholic missionaries.

A dozen years after Benin gained independence, voodoo was banned by Mathieu Kerekou, a Marxist-Leninist who came to power in a military coup.

His elected successor, Nicephore Soglo, lifted the ban, but the religion came under pressure once more with the spread of evangelism in West Africa, whose preachers often compare native religions with sorcery.

According to the latest available official figures, which date from 2013, practitioners of voodoo, who are called vodounsi, account for just 11 percent of Benin’s population, against nearly 30 percent Muslim and 25 percent Christian.

“There are so many religions which have arrived in Benin, they have turned our brothers away from our faith,” said Raymond Zannou, a printer.

He ancestors built Houngbo Hounto Square. Today, “a minority of people take care of maintaining the squares, and often they are elderly,” he said.

Porto-Novo, a city of about a quarter of a million people, originally developed as a port for slave trade under the Portuguese empire in the 17th century.

Its squares – 44, according to Gerard Bassale, head of a local cultural association called Ouadada — are one of its most distinctive features.

Many of them belong to local families, who built their homes there and established temples and housed their divinities as protection.

But many of them fell into sad disrepair, becoming a symbol itself of voodoo’s marginalisation. Many blamed squabbles within families about sharing out the cost of renovation.

“They are the identity of our town. They create links between people, they are where important ceremonies take place,” said Bassale, whose organisation is refurbishing the squares. 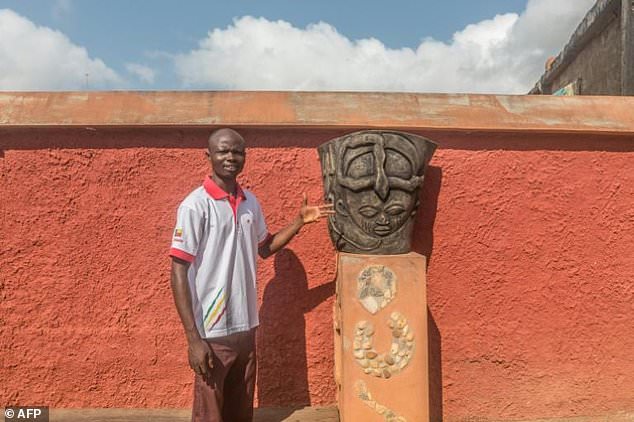 “If they disappeared, part of the town’s history would go with them.”

Restoring each square costs the equivalent of around $66,000 (60,000 euros). The funding comes from Cergy-Pontoise, a town in the greater Paris region that has twinning links.

Porto-Novo’s authorities are paying for solar-powered lighting for the the squares and for cleaning them, but does not maintain the voodoo shrines there, which it considers to be private areas.

King Te Houeyi Migan XIV, the descendant of a long line of local chiefs, is delighted at the rebirth of the squares. 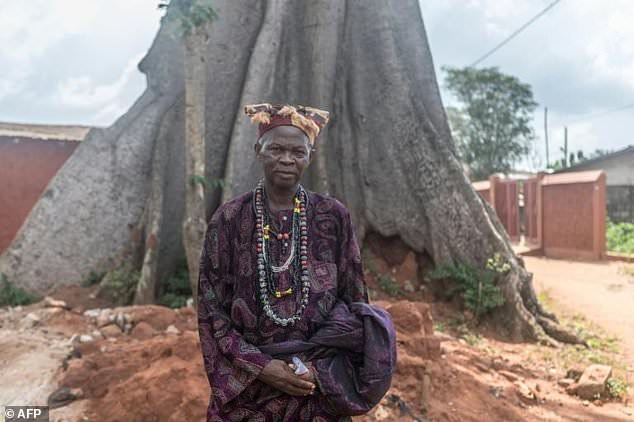 French colonisersused a forest that was sacred to his forebears to build Porto-Novo’s cathedral and governor’s palace.

The chief, clad in a magnificent purple gown, pointed to an ancient kapok tree towering over one of three renovated squares near the old palace.

“It is a sacred tree. Spirits live there,” said the king. “Every five years, we hold a great party and make sacrifices there.”

Paul Nouatin, treasurer of an association that maintains two of the squares, said there had been an upturn in interest in voodoo — around 20 young people had been initiated into the religion in December alone, he said.

Mito Akplogan Guin, the supreme head of voodoo in Porto-Novo, said he was optimistic.

“Catholics, Protestants, Muslims.. all their ancestors (in Benin) were followers of voodoo. Our religion can’t disappear in a flash.”

SUMMARY OF WORLD WAR III WHICH ONLY ENDED IN A DAY

Man competes with sex worker, dies after seventh round

SUMMARY OF WORLD WAR III WHICH ONLY ENDED IN A DAY

Man competes with sex worker, dies after seventh round

Maxwell Agbenyefia Kumah, known in showbiz as Maxtyme is a Ghanaian celebrity blogger, freelance journalist, and a publicist . He founded www.maxtymelive.com, an online platform that provides quality Public relations, Promotion, Publication, Digital marketing,Content management and communication services to clients with the focus on making their brands more attractive and visible to their target audience at all levels. An entertainment website and blog page that solely publishes authentic news about Ghanaian celebrities and other related lifestyle news,music,arts etc. He graduated from DataLink University College in Tema with a bachelor's degree in Banking and finance, then continued to study at Celebrity School of Radio and Journalism to be a freelance journalist, Presenter,a Production manager etc

How To Use Technology To Uncover Infidelity

Can not find the user! maxtyme1
DULCIE PIZZA INN